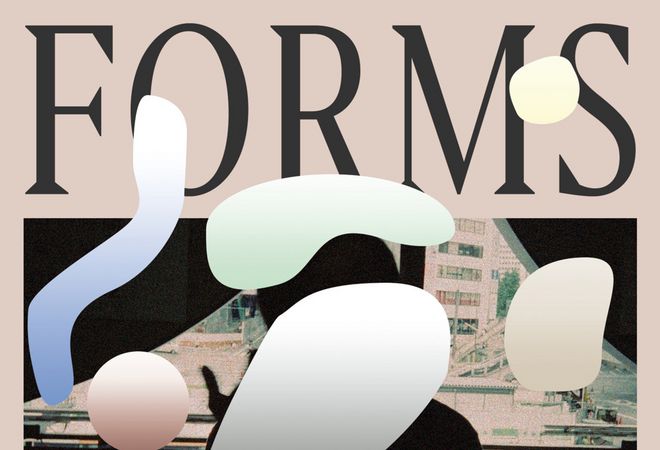 For b-z-bowls, an instrument of suspended, vibrating plastic bowls that are filled with and muted by various objects (i.e. bells, balls, beads, clips, and cups)

Design by Steven Ziadie. Full cover design can be viewed on Bandcamp.

"Excellent work from a musician new to me, Stephanie Cheng Smith, 'Forms', on a wave press. Two pieces, very different from one another. 'Bird', multiple layers of grainy wash, generated from "suspended, vibrating plastic bowls that are filled with and muted by various objects (i.e. bells, balls, beads, clips, and cups)". 'Fish', swirling, delicate violin traces over pulsating electronics that gradually grow more vociferous and globular, then dissolves into shards, morphing into a strangely rubbery and frantic violin/synth mix. Good, tough work."
Read the post on Facebook

"With Forms, LA-based sound artist Stephanie Cheng Smith accomplishes that rare feat of a distinctively halved LP-length set in which each of the halves are markedly different but pull equal weight in terms of intrigue, quality, and overall structure..."
Read the full review on Noise Not Music

"Harsh noise bowls (plastic ones filled with balls and clothes pins; not the kind you put your weed in) on one side, screeching violin and synth damage on the flip."
Viking's Choice Guide To Bandcamp Friday (March 2021)

"Two fantastic 20-minute pieces: one with vibrating and buzzing things in bowls, the other with violin and synth. The first track is incredibly immersive, the second one starts gently and becomes."
@machinefabriek on Twitter